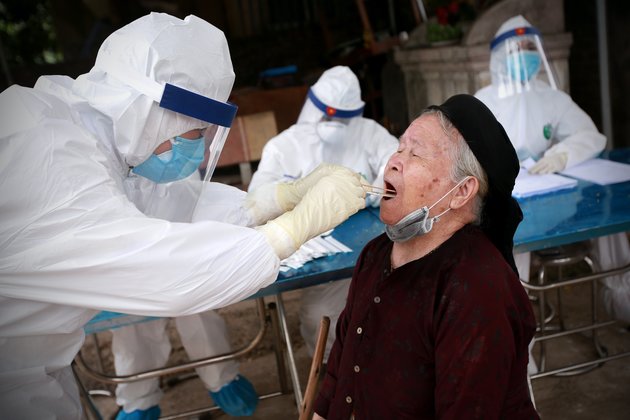 Vietnam - a developing country that has a large land border with China and a population of 97 million people - has not reported a single death from coronavirus. As of April 21, the country had reported 268 cases of COVID-19, the disease associated with the new coronavirus, with more than 140 people making a full recovery.

The reason why Vietnam has managed to keep patients from death's door is down to a three-pronged government strategy. While these policy choices may not all be consistent with upholding civil liberties, they are proving essential to keeping the pandemic at bay.

Starting in February, anyone arriving at an airport in a major Vietnamese city had to go through compulsory body temperature screening and fill in a health self-declaration, stating their contact details and travel and health history. These measures are now mandatory for everyone entering major cities and some provinces by land too, and for everyone entering a government building or hospital.

Anyone with a body temperature of over 38C is taken to the nearest medical facility for more thorough testing. Those who are proven to have lied in their self-declaration, or who resist declaring altogether, can be criminally charged.

Businesses including banks, restaurants and apartment complexes have also implemented their own screening procedures.

There has also been intensive testing across the country. Testing stations have been set up across cities, which all citizens can attend. Communities who live near confirmed cases - sometimes an entire street or village - are swiftly tested and placed in lockdown.

Our own research on the development of affordable test kits found that by March 5, Vietnam had validated three different test kits, each costing less than US$25 and producing results within 90 minutes. These are all being manufactured in Vietnam. The cost of testing matters everywhere, but is particularly important in emerging economies like Vietnam and these affordable test kits have helped the government's intensive testing strategy.

The second prong of Vietnam's approach is quarantine and lockdowns. Since mid-February, Vietnamese people returning home from abroad have been quarantined for 14 days on arrival and tested for COVID-19. The same quarantine policy has been applied to foreigners coming to Vietnam. Anyone who has come into direct contact with an infected person, the details of whom are publicised, is encouraged to come forward for quarantine. If it's discovered somebody has come into contact with someone who has tested positive, they will be put into mandatory quarantine.

In March, Vietnam started to lock down whole cities and specific areas in a city. Travelling between cities is now highly restricted. In Danang in central Vietnam, anyone who is not a registered resident of the city but wishes to enter has to submit to a 14-day quarantine at a government-approved facility which they must finance themselves.

Villages of 10,000 people have been fenced off on account of single cases. Bach Mai, a famous hospital of 3,200 people in Hanoi which is also a leading COVID-19 treatment centre, was even locked down in late March after one externally contracted staff member tested positive. Businesses, both state and private, are closed down, and the tourism and airline industries are essentially frozen.

From early January, the Vietnamese government has communicated widely to citizens about the seriousness of the coronavirus. Communications have been clear: COVID-19 is not just a bad flu, but something to be taken extremely seriously, so people are advised not to put themselves or others at risk.

The government has been creative in its communications methods. Each day, different parts of the Vietnamese government - from the prime minister, to the Ministry of Health, Ministry of Information and Communications and provincial governments - text citizens with information. Details on symptoms and protection measures are communicated via text to mobile phones all over the country. The government has also partnered with messaging platforms, such as Zalo, to distribute updates. This is coupled with propaganda art across the country and newly designed stamps that further disseminate public health messages about the virus. Vietnam's cities are adorned with posters that remind citizens of their role in stopping the spread of the virus.

At the same time, the government is revealing details of those who have COVID-19 or, in rare cases, have escaped quarantine - though the person's name is not made public. For example, two new reports detailed the travel details of patients 237 and 243.

Even if some cases have not yet been detected by officials, there's no doubt that the Vietnamese approach has been effective in reducing the spread of the virus. Combined, these measures mean Vietnam has not yet experienced any large scale community outbreak, which would devastate a city like Ho Chi Minh City with a population of 11 million and overwhelm the country's public healthcare system.

The three prongs of Vietnam's strategy may not be wholly consistent with liberal ideals, but they are working. The healthcare system has the time to treat each patient, and in so doing, keep the number of COVID-19 deaths at zero. Vietnam offers important lessons as COVID-19 is set to spread further across developing countries.

QUEZON CITY, Philippines, Nov. 25 (PIA) - The Department of Energy (DOE) is preparing for a low carbon scenario as ... 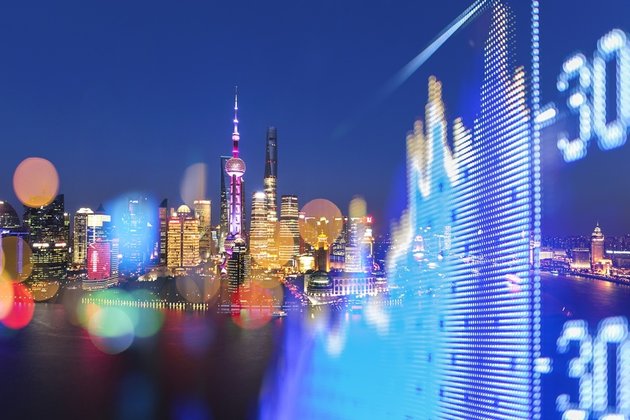 Tokyo stocks closed higher on Wednesday as investors took heart from rallies on Wall Street, with US political uncertainty receding.The ... 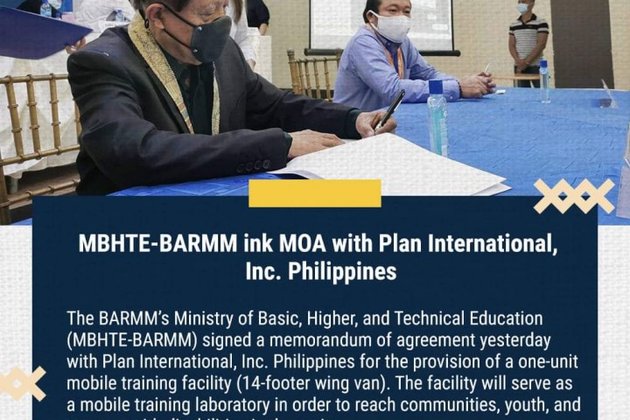 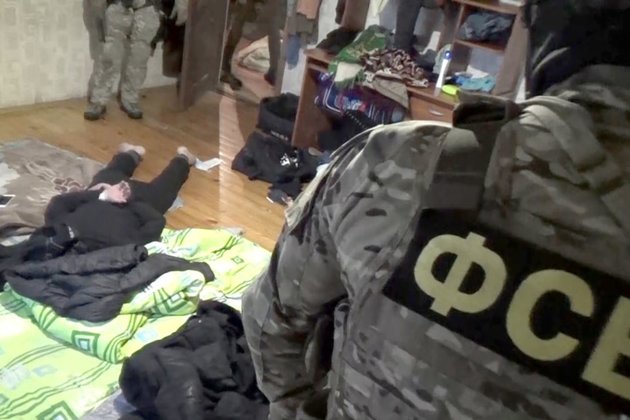 Russia's Federal Security Service (FSB) says it has broken up a cell of the Islamic State (IS) extremist group that ... 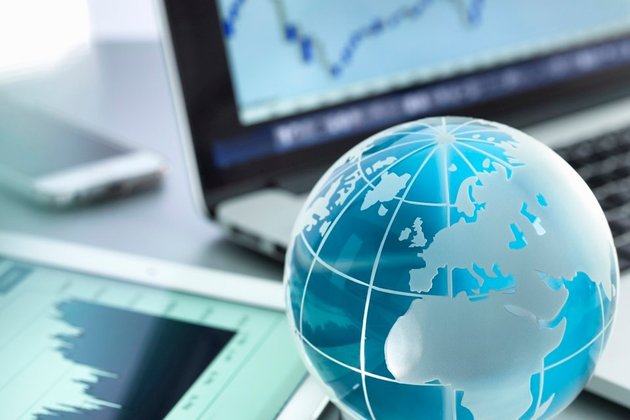 Asian markets were mixed Wednesday as an early rally fizzled out on profit-taking and lingering worries about the impact of ... 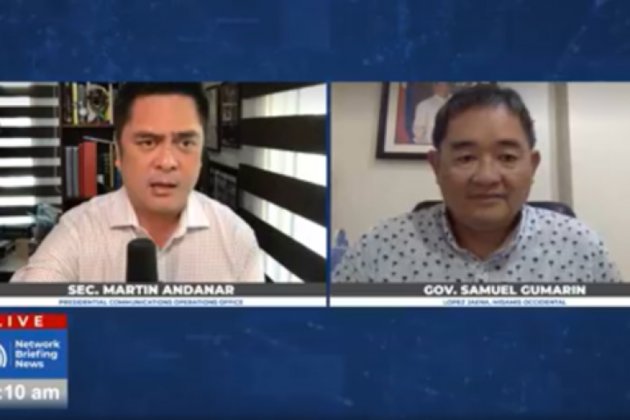 ILOILO CITY, Nov. 25 (PIA) - - The provincial government of Guimaras was amazed by the turnout of participants of ...

As authorities in Iraq continue to operate "in the eye of multiple storms", international support remains essential for resolving ongoing ...

WASHINGTON, DC - The General Services Administration has ascertained that President-elect Joe Biden is the "apparent winner" of the November ...

Microsoft to increase Dublin workforce to 2,700

DUBLIN, Ireland - Microsoft Ireland is to create 200 engineering roles to strengthen its existing Dublin-based team of over 600 ...

Trump-appointed head of VOA has authority dashed by court judgement

The chief executive overseeing the Voice of America and its sister networks has acted unconstitutionally in investigating what he claimed ...