Lawmakers Seek to Curb Chinese Ownership of US Farmland 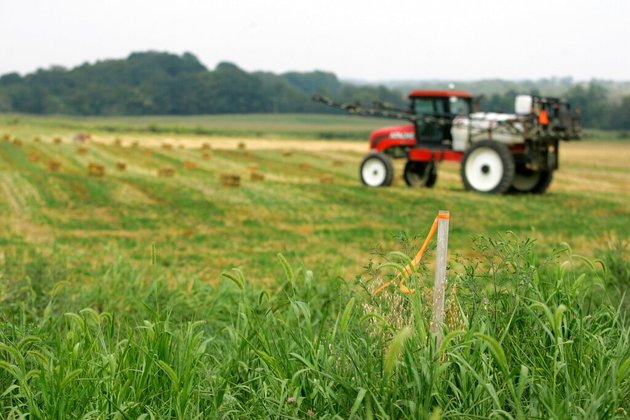 U.S. politicians are seeking to restrict Chinese purchases of American farmland amid fears that such purchases - while so far affecting a miniscule share of U.S. agricultural land - could ultimately pose a threat to the U.S. food supply chain.

The House Appropriations Committee recently approved a provision that would bar Chinese companies from owning more farmland than they already possess. The provision also would make those holdings ineligible for U.S. farm subsidies.

Republican Washington Representative Dan Newhouse, who introduced the amendment, said at a hearing last month that the current trend is "leading us toward the creation of a Chinese-owned agricultural land monopoly."

The bill, if passed, will "ensure the U.S. food supply chain is secure and independent, especially after all the food interruptions we all experienced during the recent pandemic," said Newhouse, a third-generation Yakima Valley farmer who headed the Washington state agriculture department from 2009 to 2013.

FILE - In this Dec. 18, 2019, photo, Rep. Dan Newhouse, R-Wash., speaks in the House of Representatives at the Capitol in Washington.

His congressional district includes more than 10,000 farms, producing a variety of crops from potatoes to wine grapes.

The Chinese threat to American food security, so far, would seem minimal. As of December 2019, according to U.S. Department of Agriculture (USDA) data, Chinese agricultural real estate holdings in America totaled about 78,000 hectares - or 780 square kilometers. That is about 0.02% of America's roughly 3.6 million square kilometers of total farmland.

By comparison, Canadian and European investors each own millions of hectares of U.S. farmland, according to Fred Gale, a senior economist with the International Trade and Development Branch of USDA's Economic Research Service.

Canadian investors alone hold 363 million hectares of American farmland - more than 4,000 times as much as the Chinese - according to USDA figures.

While comparatively small, Chinese land acquisitions in the United States are part of a global initiative that has included the purchase of U.S.-based Smithfield Foods, which Shuanghui International bought in 2013 for $4.72 billion.

"According to Chinese investment statistics, overseas ventures in agriculture, forestry, and fisheries soared from $300 million in 2009 to $3.3 billion in 2016," said a 2018 USDA report, which found the focus of investments was shifting from farming and raw materials to agribusiness acquisitions.

The study noted that the Chinese Communist Party has identified investment in foreign agriculture as a component of the Belt and Road Initiative, its massive global infrastructure development plan.

But Gale told VOA Mandarin that most Chinese land purchases are concentrated in nations where it is easy and cheap to acquire farmland or other resources such as timber or grazing land, while acquiring land in the United States is often expensive and complicated.

"So most Chinese investment is concentrated in countries other than the United States," he said in a telephone interview. "For example, there're Chinese farmers growing soybeans and vegetables in Russia, there're Chinese investors who own palm oil plantations in Indonesia and have forestry resources or logging operations in Southeast Asian countries such as Laos and Cambodia."

Nevertheless, anxiety about Chinese land ownership is gaining traction at a time when the White House and Congress are seeking to curb economic dependence on China, especially in critical sectors. And farmland producing crops consumed by people and animals is necessary for national security as well as national identity.

The effort to curb China's acquisition of America's farmland has received support from both chambers of Congress. Republican Iowa Senator Chuck Grassley told VOA Mandarin that food production is a national security issue.

"I think that the production of food in the United States is very important for national security," he said in a hallway interview with VOA Mandarin on Capitol Hill. "Like Napoleon said, an army marches on its belly. So consequently, we have to make sure that not a significant amount of our farmland is controlled by foreign interests."

Republican Oklahoma Senator James Lankford agrees. He expressed concern about the relationship between Beijing and the Chinese companies that acquire America's farmland. Other foreign entities holding American farmland are not as tightly bound to their governments as Chinese companies are to Beijing.

Joe Maxwell, president of the advocacy group Family Farm Action, said he worries that foreign purchases will increase the price of the land and force the next generation of American farmers out of business.

"It's a bad thing to allow them to own U.S. farmland ... they are willing to artificially raise the price of that land above its production value. It denies young farmers, new farmers, farmers of color who have trouble accessing capital, to buy land," he said in a phone interview.

Yi-Hua Lee contributed to this report.